9 December 2017, Oslo, Norway: Some 22 "Hibakusha", survivors from the atomic bombings in Hiroshima and Nagasaki, joined Norwegian representatives the mayor of Oslo, principal of Oslo University, and the head of the Oslo Museum of National History for an event themed "Seeds for Peace" in the Oslo Botanical Garden. As a token of hope, together they planted seeds, as part of the Nobel Peace Prize celebrations in Oslo on 9-10 December. Oslo hosts the Nobel Peace Prize award ceremony on 9-10 December 2017. The prize in 2017 goes to the International Campaign to Abolish Nuclear Weapons (ICAN), for "its work to draw attention to the catastrophic humanitarian consequences of any use of nuclear weapons and for its ground-breaking efforts to achieve a treaty-based prohibition of such weapons". Yoshiko Tanaka survived the bombing of Hiroshima, as the only one among her friends at school. Scars running deep, it’s only for a few years that she has spoken publicly about her experience. "When I was a first-grader in elementary school, I was 2.3 kilometers from the hypocenter of the Hiroshima blast, in an area called Ushita, where I was burned and exposed to radiation. Amidst the destruction, as people wandered and cried out in pain, when the unchanged blue sky showed itself, in my child's mind, for some reason, a hope sprung forth that 'there will be a tomorrow.' We citizens of Hiroshima recovered and have overcome many challenges since then," wrote Tanaka in an open letter in The Mainichi in May 2016. 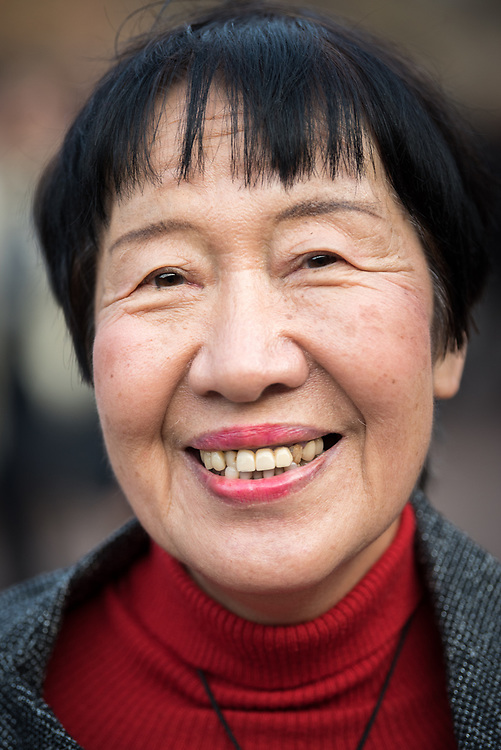