17 November 2018, Dabeiba, Antioquia, Colombia: "Harrison", the name by which he is known as a former commander in the Armed Revolutionary Forces of Colombia (FARC) is one of many ex-combatants currently trying to reconstruct their lives peacefully in Colombian civil society, following the 2016 peace treaty between the FARC Guerilla and the Colombian government. Challenges remain, however, as armed groups remain active in northwest Colombia, a strategically important corridor for trade into Central America, and ex-combatants face both stigma, threats of assassination, and suffer from a lack of fulfilment by the government on transfering ownership of lands to former guerilla combatants, which leads both to vulnerability and instability for life in the countryside. The Evangelical Lutheran Church of Colombia accompanies communities of ex-combatants, as well as the communities into which they are reintegrating, to help alleviate the risk of re-victimization or relapse into violent conflict. Here, Harrison greets Rev. John Hernández, a Lutheran pastor who accompanies said communities. 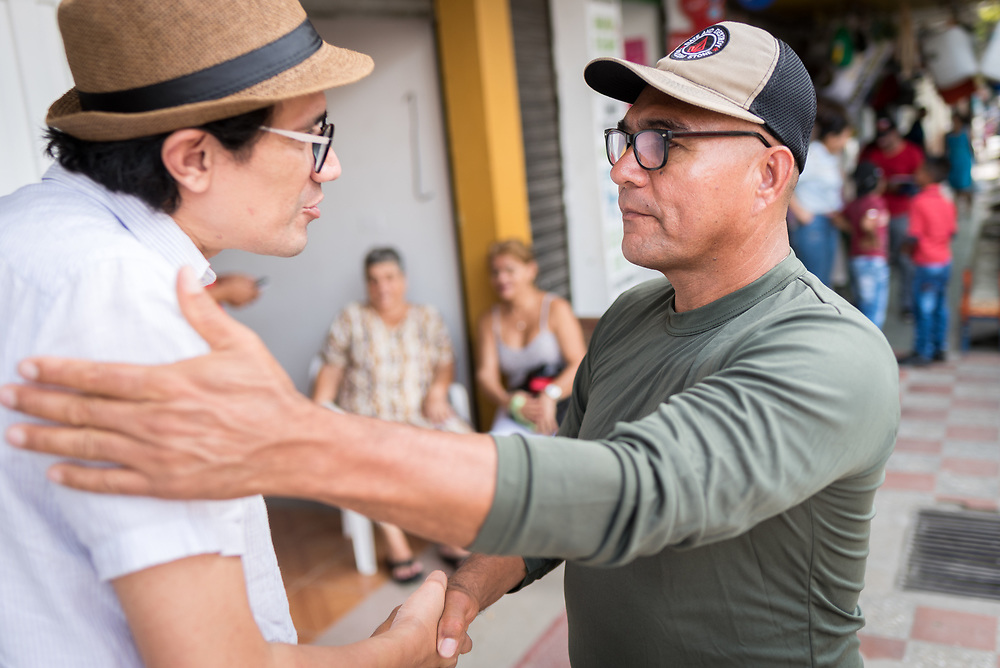