10 December 2017, Oslo, Norway: In the evening of 10 December some 4,000 people from around the world gathered in central Oslo for a torch light march for peace. The event took place after the Nobel Peace Prize award 2017, awarded to the International Campaign to Abolish Nuclear Weapons (ICAN), for "its work to draw attention to the catastrophic humanitarian consequences of any use of nuclear weapons and for its ground-breaking efforts to achieve a treaty-based prohibition of such weapons". Among the crowd were more than 20 "Hibakusha", survivors of the atomic bombings in Hiroshima and Nagasaki, as well as a range of activists, faith-based organizations and others who work or support work for peace, in one or another way. Here, Kerje Vindenes from "No to Nuclear Weapons", one of the partners in ICAN. Vindenes has been active in the organization since the 80s, and he explains that through the 80s and the 90s, they were instrumental in mobilizing people across Norway against nuclear weapons. 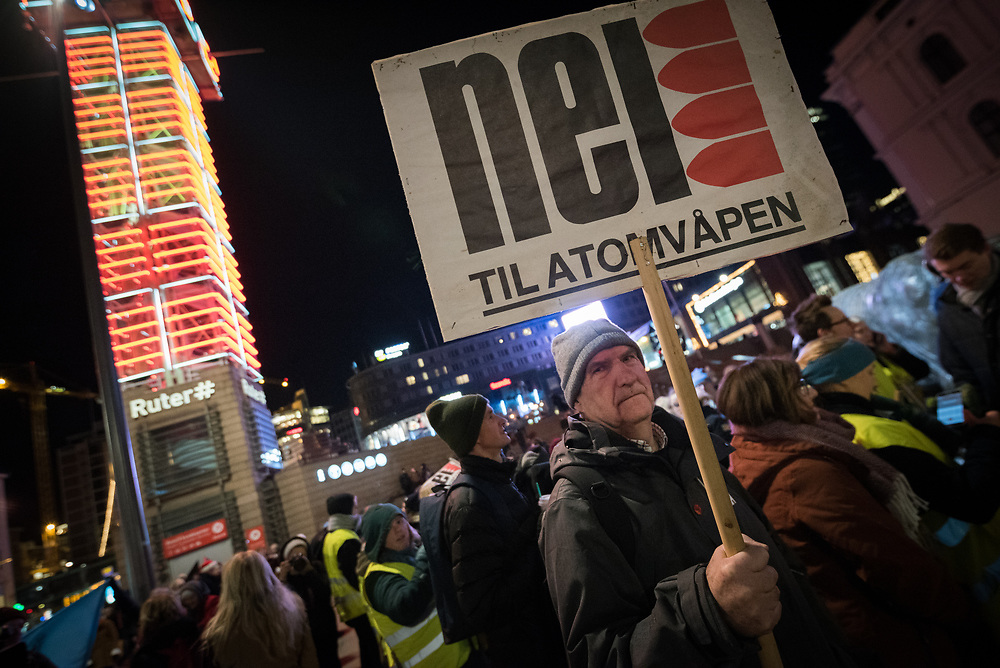