14 May 2017, Windhoek, Namibia: Gideon is one of many Namibian confirmation students participating as thousands of Lutherans and guests gather for a festival of worship, witness and song and word and sacrament in Sam Nujoma Stadium on Sunday, May 14th to mark commemoration of the 500th Anniversary of the Lutheran Reformation in Windhoek, Namibia. At the end of the worship, confirmation students from Namibian churches formed a "modern Luther Rose", resembling the logo of the Lutheran World Federation, through a tailor-made choreography, wearing capes in various colours. Marking the Reformation as global citizen, the worship event drew music, stories, and leadership from the churches of every continent. The service formed a high point of the Twelfth Assembly of the Lutheran World Federation, in Windhoek, Namibia, on 10-16 May 2017, under the theme "Liberated by God's Grace", bringing together some 800 delegates and participants from 145 member churches in 98 countries. 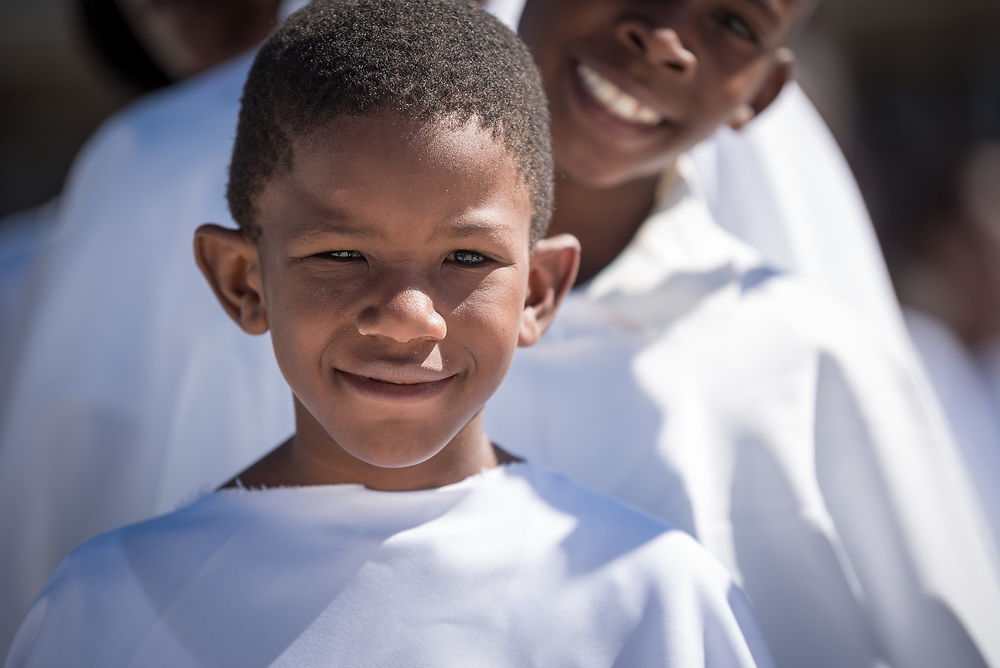