2 March 2017, Ma Mafefooane Valley, Lesotho: Dr N. G. Suaka at work at Saint Joseph's Hospital. Sharp objects are disposed in a solid container, so as to avoid contamination. Saint Joseph’s Hospital is a district hospital in the Ma Mafefooane Valley in Lesotho. The hospital was established in 1937 and is run as a Roman Catholic non-profit institution by the Christian Health Association of Lesotho. As a district hospital, it offers comprehensive healthcare including male, female, paediatric, Tuberculosis and maternity care. It is closely linked with the neighbouring Roma College of Nursing, which runs on similar premises as part of the same institution. Drug supplies are secured to the hospital by means of a Memorandum of Understanding with the government. 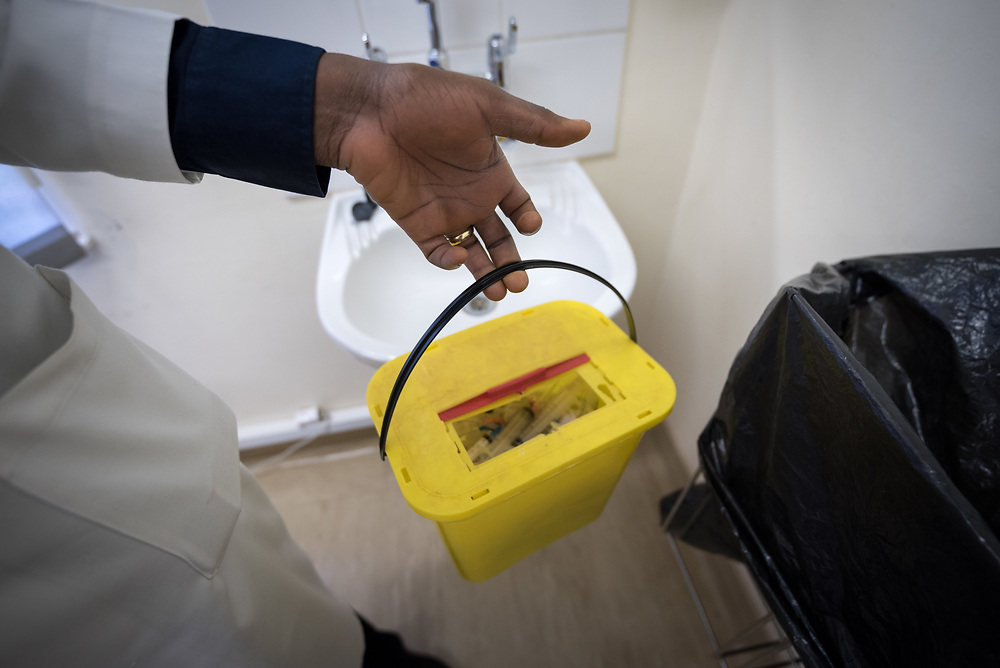