2 March 2017, Thaba Bosiu, Lesotho: Gardener at the Goodnight Lodge in the village of Thaba Bosiu, Lesotho. He is wearing a tsetse, a traditional hat commonly used in Lesotho. Thaba Bosiu is a sandstone plateau some 24 kilometers east of Lesotho’s capital, Maseru. The name means Night Mountain, and surrounding the plateau is a small village and open plains. Thaba Bosiu was once the capital of Lesotho, and the mountain was the stronghold of the Basotho king when the kingdom of Lesotho was formed. 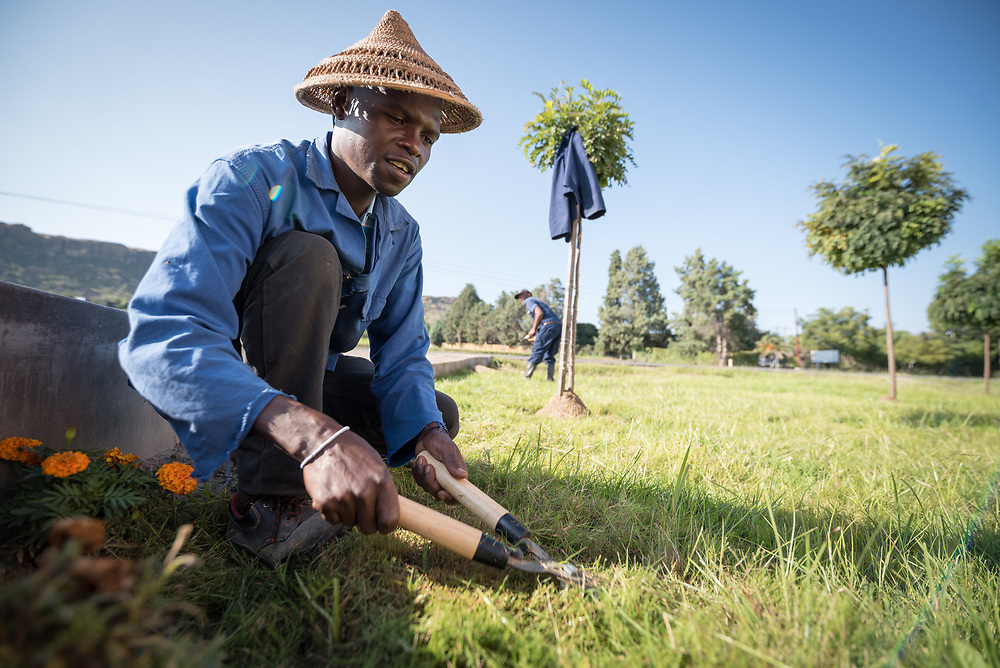