26 July 2018, Amsterdam, the Netherlands: Demonstrators shout "shame, shame, shame" as the Positive Flame, described as a "torch of inclusion" is lit at the 2018 International AIDS Conference. The torch is to connect the 2018 conference with the 2020 conference, which is expected to take place in the United States, and the protestors, many of whom are sex workers or are part of other key populations, object because people from key populations as well as other groups, such as Muslims, may have difficilties getting a visa to travel to the United States. "No conference in the United States, no conference in the United States," they continued to chant. The Positive Flame is intended to travel from one International AIDS Conference to the next, and echoes the Olympic Flame that was introduced at the Olympic Games in Amsterdam in 1928. 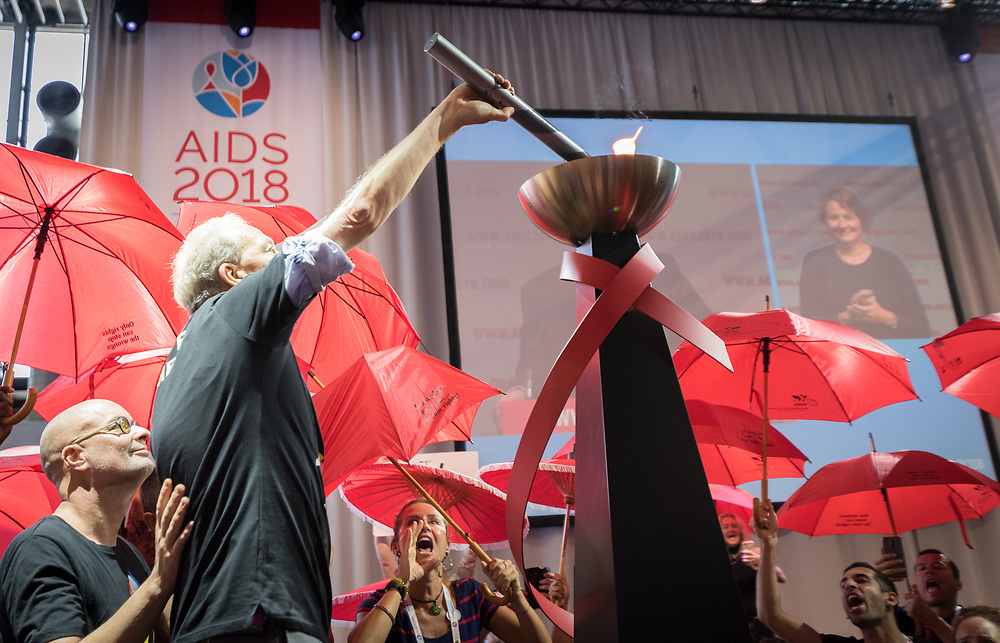