3 March 2017, Thaba Bosiu, Lesotho: Ntaoleng Tlali from the village of Thaba Bosiu visits the mountain of Thaba Bosiu ('Night Mountain') shortly after being in a car accident, after which she is wearing neck support as a precaution against further complications. She is wearing a tsetse, a traditional hat commonly used in Lesotho. Thaba Bosiu is a sandstone plateau some 24 kilometers east of Lesotho’s capital, Maseru. The name means Night Mountain, and surrounding the plateau is a small village and open plains. Thaba Bosiu was once the capital of Lesotho, and the mountain was the stronghold of the Basotho king when the kingdom of Lesotho was formed. 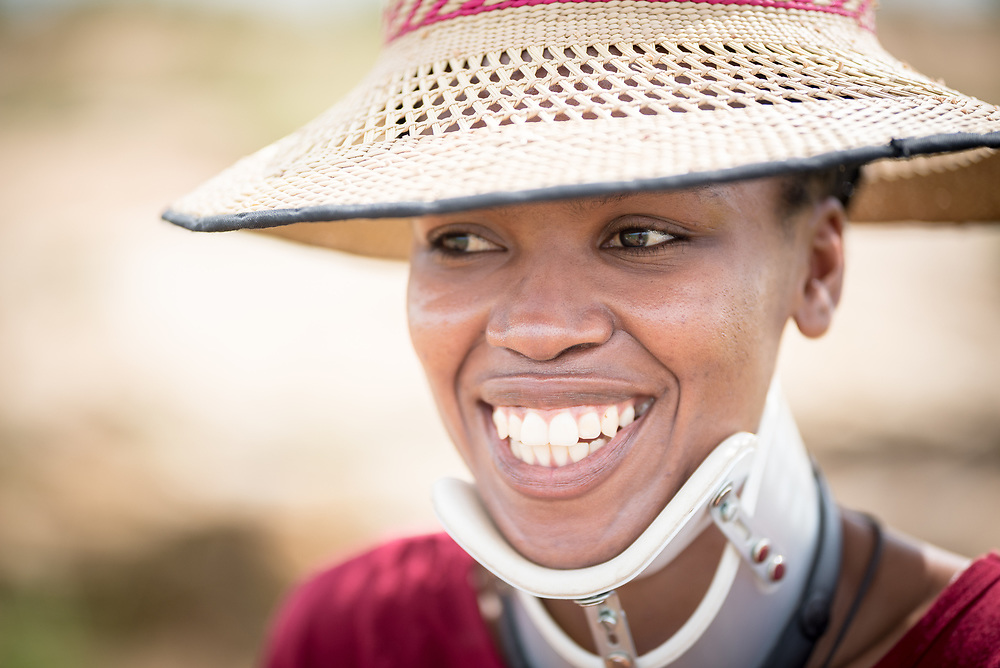