10 April 2017, Stockholm, Sweden: Three days after a lorry was driven into a store in central Stockholm, killing at least four people and injuring many more, an interreligious service was held at Sergels torg in central Stockholm, to commemorate the victims of violence, and to pray together, for a future of compassion and peace together. The event was attended by representatives of a range of religions present in Stockholm and Sweden as a whole. Here, Archbishop Benyamen Atas (right) from the Syrian Orthodox Church in Sweden, and Egyptian Imam Khaled Eldib (left) from the Stockholm Grand Mosque, Sweden. Oral consent obtained for use by Church of Sweden and the World Council of Churches. 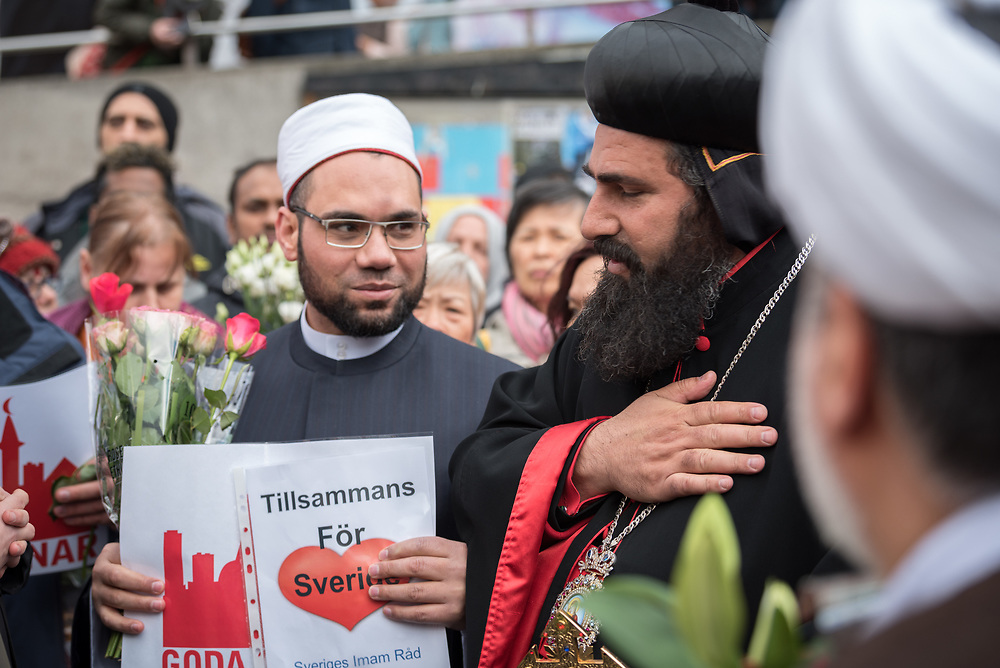