16 November 2018, San José de León, Mutatá, Antioquia, Colombia: 30-year-old Jorge rests on the porch of his house. Following the 2016 peace treaty between FARC and the Colombian government, a group of ex-combatant families have purchased and now cultivate 36 hectares of land in the territory of San José de León, municipality of Mutatá in Antioquia, Colombia. A group of 27 families first purchased the lot of land in San José de León, moving in from nearby Córdoba to settle alongside the 50-or-so families of farmers already living in the area. Today, 50 ex-combatant families live in the emerging community, which hosts a small restaurant, various committees for community organization and development, and which cultivates the land through agriculture, poultry and fish farming. Though the community has come a long way, many challenges remain on the way towards peace and reconciliation. The two-year-old community, which does not yet have a name of its own, is located in the territory of San José de León in Urabá, northwest Colombia, a strategically important corridor for trade into Central America, with resulting drug trafficking and arms trade still keeping armed groups active in the area. Many ex-combatants face trauma and insecurity, and a lack of fulfilment by the Colombian government in transition of land ownership to FARC members makes the situation delicate. Through the project De la Guerra a la Paz (‘From War to Peace’), the Evangelical Lutheran Church of Colombia accompanies three communities in the Antioquia region, offering support both to ex-combatants and to the communities they now live alongside, as they reintegrate into society. Supporting a total of more than 300 families, the project seeks to alleviate the risk of re-victimization, or relapse into violent conflict. 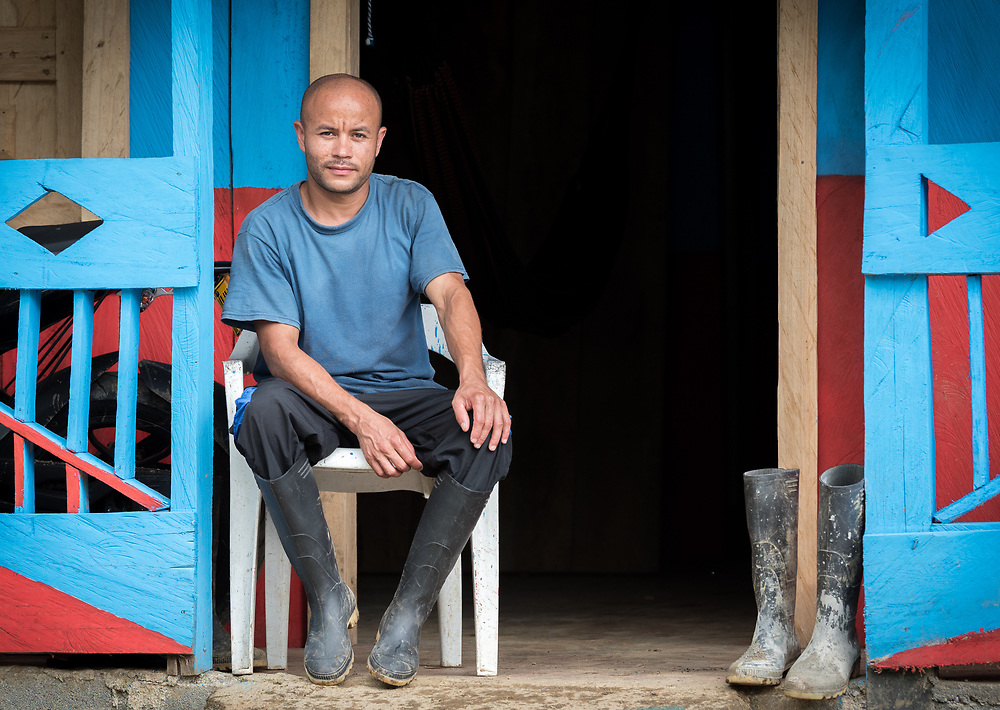