16 November 2018, San José de León, Mutatá, Antioquia, Colombia: Community member Manuel (right) enjoys a brief break in building a tank to keep rain water from sinking too quickly into the ground. Instead, the tank will hold the water and help feed the community's many ponds of farmed fish. Following the 2016 peace treaty between FARC and the Colombian government, a group of ex-combatant families have purchased and now cultivate 36 hectares of land in the territory of San José de León, municipality of Mutatá in Antioquia, Colombia. A group of 27 families first purchased the lot of land in San José de León, moving in from nearby Córdoba to settle alongside the 50-or-so families of farmers already living in the area. Today, 50 ex-combatant families live in the emerging community, which hosts a small restaurant, various committees for community organization and development, and which cultivates the land through agriculture, poultry and fish farming. Though the community has come a long way, many challenges remain on the way towards peace and reconciliation. The two-year-old community, which does not yet have a name of its own, is located in the territory of San José de León in Urabá, northwest Colombia, a strategically important corridor for trade into Central America, with resulting drug trafficking and arms trade still keeping armed groups active in the area. Many ex-combatants face trauma and insecurity, and a lack of fulfilment by the Colombian government in transition of land ownership to FARC members makes the situation delicate. Through the project De la Guerra a la Paz (‘From War to Peace’), the Evangelical Lutheran Church of Colombia accompanies three communities in the Antioquia region, offering support both to ex-combatants and to the communities they now live alongside, as they reintegrate into society. Supporting a total of more than 300 families, the project seeks to alleviate the risk of re-victimization, or relapse into violent conflict 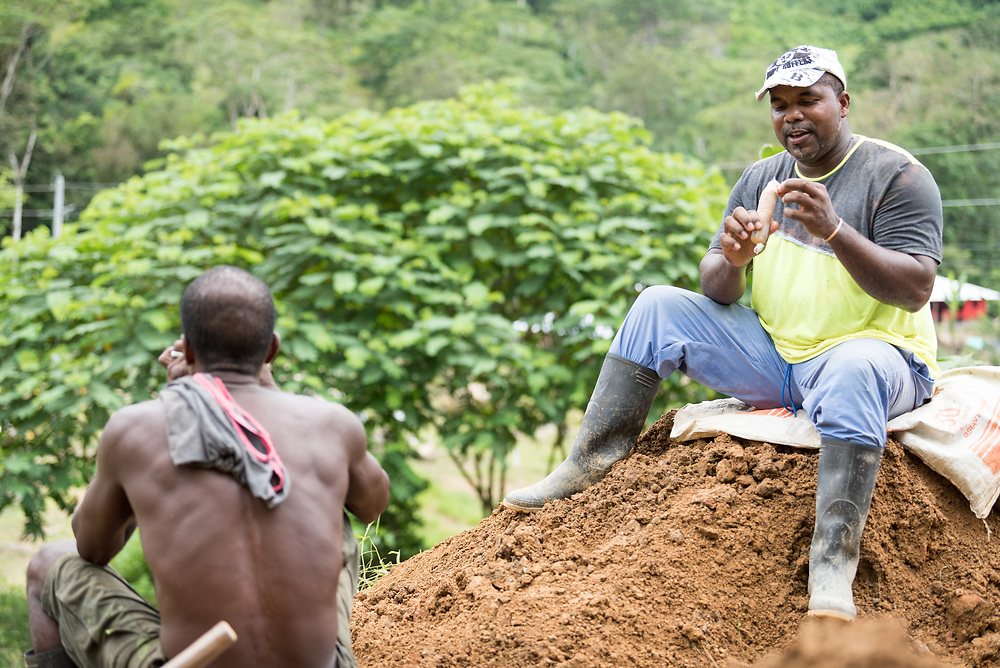